You are here: Home / Archives for Myofascial Release 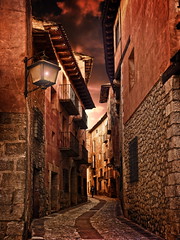 In the 1940s, a few obscure, forward-thinking osteopaths were working with fascia, after it was first discovered that fascial adhesions were the cause of many conditions. But Dr. Ida P. Rolf made fascia famous. Dr. Rolf’s new therapy, Rolfing, expanded what osteopaths understood about fascia, and what they could do to treat it.

Fascia is the thin, tough connective tissue that extends throughout the body from head to toe as a continuous three-dimensional web. Physical trauma, poor posture, prolonged stress, or inflammation force the fascia to bind up, twist and constrict, creating scar tissue and leaving you with adhesions in your fascia. These adhesions cause constriction around nerves, muscles, bones, blood vessels, and organs. That tightening pulls your body out of alignment, causing everything from back pain, to poor, inefficient breathing, even ankle or knee problems.

Traditional tests such as x-rays, myelograms, CAT scans, and electromyography don’t show these restrictions. Because medical tests can’t show fascial restrictions and their consequences, many people go undiagnosed. Doctors treat their symptom—sore back, “bad” knee, whatever it is; Dr. Rolf , however, recognized the importance of focusing not on the symptoms, but on the fascial adhesions.

Dr. Rolf also understood that you can’t force change; the restriction will just return. Inevitably though, some practitioners thought if a little pressure was good, then more would be better. The “old school” became associated with pain. Then gentle Rolfing evolved as the antithesis, more light massage or myofascial release than Rolfing. Over the last decade, myofascial release has become popular. Practitioners claim that light pressure releases the adhesions.

There is a place for the more gentle approach. If you were working on a young child or the elderly, you would certainly be lighter. For the majority of clients, though, more pressure is often needed. The hallmark of effective Rolfing is the slow, precise and indirect pressure (following the tissue-releasing pattern) that sometimes may be firm. This combination of Dr. Rolf’s firm approach, the sensitivity of osteopathic manipulation, the indirect manipulation of myofascial release, and cranio-sacral work creates the most powerful results.

In the beginning with any client, there will be a place or two that will need deep and precise pressure to get the tissue to release. Without genuine pressure, soft tissue that feels like bone will not release. I don’t care how much intent, time or skill you apply. That hard, dead tissue needs pressure. I often see clients who had work from a practitioner who used gentle pressure on these more tough areas. Other parts of the client might have changed, but these areas didn’t.

I will do the more gentle manipulation when needed. I will also refer out to cranial osteopaths, cranio-sacral therapists, and myofascial release practitioners when needed. That said, there is still a need to do deeper work on many people. My old friend Denis Leri is one of the original Feldenkrais practitioners. He’s told me that Dr. Feldenkrais, the originator of this very gentle movement therapy, would, when needed, get in there to break up hard restrictions.

Just as others learned from Rolfing, we learned that integrating the firmer pressure with slow indirect manipulation could be the most effect approach.

My caution – don’t be lured into thinking gentle manipulation will do it all. When, as a Rolfer, you need to get the tissue released, go slow and go deep as you respond to the tissue releasing. As a client, trust a Rolfer with the skill to go deep in an indirect manner. It can feel good, and it is certainly safe and effective.